Race #5 of the BackYard is Saturday September 14th.

The JR Sprints will be envading the Black Widow this week as well for the "Duel at The Widow". This will be one heck of a show for the youngsters and you don't want to miss it.

I challenge each of you to bring someone with you that either has never been to a race or hasn't been to one in a while. Do your part and help grow the sport!!

The 2nd Annual BackYard Nationals will be November 23rd. We had a blast at the first one and I predict the 2nd Annual will be even better!! More details to be released soon.

Although we will put all our effort to make the racing surface on the "wetter" side, as time as told, we don't always succeed. The Black Widow loves her some speed but we will do what we can to make it a fun track to race on.

**Hobby drivers; please read the rules posted at the end of the post. I few of the rules have been modified.

We will be giving away Leather Jackets to the champions in this Series. Your class must average 10 karts in all series races except for Red Plate, Green Shrimp and Blue Shrimp. We guarantee leather jackets in the Jr classes. If you class does not average 10 karts, we will give you the options to pitch in the buy the jackets.

As previously stated, this Series is for the Saturday night racer. Our goal for this Series is to promote new drivers, inexperienced drivers, low budget drivers, returning drivers and just “wanna have fun” drivers. We want to give these types of drivers an avenue to gain knowledge and experience to hopefully one day be able to compete at a higher level.

Since Flatheads were a staple engine in Karting for many years, we have decided to add the Stock Flatheads to the BackYard Series!!

Drivers NOT eligible to compete in the BackYard Series:
-If you have won a Maxxis National race in an Adult class
-If you won $2,000 or more in a single Adult race.
-If you have won a Championship in an Adult class in the Tri-State Series
-A JR driver cannot run in a JR class if they have won a Maxxis National race, a JR Maxx Daddy race, a Tri-State Championship or have won more than $1,000 in a single JR race. However, the driver can participate if the non-qualifiers were won as a JR driver but is now running in Adult classes.

Also as previously stated, we will keep a wet track for this series. We feel by keeping the track on the wetter side takes away the advantage of having 3.2 billion tires in your trailer. It will also keep you from having to have 6 month tires, 3 month tires, new tires, 90cc tires, 120cc tires, re-rolls, and so on. A wet track levels the playing field. So, if you don’t like running on a wet track, please stay away from our BackYard Series. We are not talking about mud racing but, if the track becomes dry during race night, the water truck will come out.

-This will be a 6 race Series and it will be points racing with one drop. A 10 point bonus will be given to drivers that competed in all 6 races.

-Points are award for the best 5 out of 6 races. You are allowed one substitute driver.

-The top 3 in each class will be invited to the yearend banquet where awards and prizes will be given out. The awards will be determined by the level of participation.

-At every driver’s meeting, new tires will be given away by a random drawing of drivers that are entered into at least one class.

-Bonus prizes will be awarded at the banquet. For every class you enter throughout the 6 race series, you name will be put into a hat. At the yearend awards banquet, we will draw names and those lucky winners will receive HUGE cash and other awards. So, the more races and classes you attend, the more of an opportunity you have of cashing out!! There will be a separate drawing for the Junior classes. Meaning, there will be awards for Junior Racers and Adult Racers.

We will only run 13 classes and practice will start in the evening. This will be a true “Saturday Night” under the lights racing program. Red Plates will run a heat race. Race #1 in the Shrimp classes will run also run heat races. All other classes will qualify.

*You must attend at least 2 out of the 6 races to eligible to attend the BackYard Nationals. The only exception to this rule is a parent of a BackYard Jr driver can compete in their child entered in at least 2 BackYard Series races. We will be offering great monies at low entry fees as a way for us to give back to you. We will also bring back the “Never Won” class at the Nationals.

Hobby Engine Rules (AKA: Predator)
-Must run a 20-tooth Clutch Gear
-The engine must be ran out of the box
-Open Clutch
-The governor must be connected and operational
-The engine must pass a governor test on the stand if asked *5500
-Governor must work. Arm can move fast or slow but RPM’s have to change at WOT
-The air filter and sock must be installed per factory
-The engine must have a key way as installed by factory of the flywheel
-You may vent the gas cap and/or disconnect vent tube but at fuel tank ONLY
-You may disconnect throttle stop screw
-You must run the factory gas tank
-Chain guard, heat shield and throttle linkage are the only aftermarket parts allowed.
-You can disconnect oil sensor wire and tape it. Do not cut wires
-You can run a Ducar and a Tillotson 212cc (no weight penalty). Engine must be factory rated 212cc and run in box stock configuration. ARC and PVL flywheels are allowed. All other above rules apply.

Engine claim rule of $175. Any competitor may claim any engine finishing in front of them. In order to file an engine claim: A competitor must complete the race. Engine may be claimed only at the completion of the main event. Claim must be filed by the driver of the kart before the last kart clears the scales upon completion of the race. The driver must verbally inform Tech you want to claim an engine. In the event an engine is claimed by more than one competitor, the competitor in the highest finishing position will have priority. Once a verbal claim has been filed the claim cannot be withdrawn without forfeiture of any submitted fees and disqualification of the competitor who withdrew. Claimed engine will be marked and allowed to compete in any remaining main events registered. Engine is to be claimed as raced minus Chain guard/Heatshield, Clutch and throttle kit. Claimed engines are subject to comply with the above listed rules. If engine is found to be legal based on the above rules, the claimer will receive $175 and all winnings. If engine is found illegal based on above listed rules, the claimee will forfeit the win and the claimer will have the option to take the engine or receive his $175 claim money back.
Last edited: Sep 16, 2019 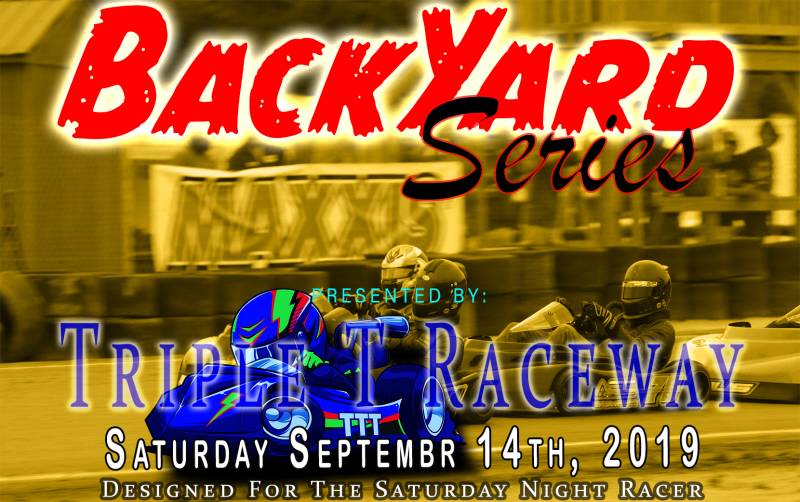