FORT WAYNE, IN (Aug. 27) – An indoor racing tradition that planted its roots on January 6, 1956 returns to Fort Wayne this year over the weekend of December 27 and 28 with the running of the Rumble in Fort Wayne XXII.

That historic day marked the birth of the nationally known United States Auto Club (USAC) with a Midget race on the floor of the Allen County War Memorial Coliseum as Gene Hartley collected that first checkered flag.

It was only the beginning of what was to be a history-filled collection of racing during the winter months in Fort Wayne.

And that history continues to be made inside the massive complex; however, on an "temporary" racing oval vastly improved from the early years. Twenty-two years ago, a 108,000 square foot Expo Center was constructed alongside the original Coliseum and the racing transferred over to it; offering a much wider and longer racecourse.

As the size of the oval expanded, so did the menu of racing; a menu that remains in effect for this year. Joining the Midgets for 2-days/nights of complete racing programs will be the winged and non-winged 600cc Midgets along with multiple divisions of Go Karts and Quarter Midgets. That concept demonstrates today’s growth pattern available to open wheel racers; a pattern that many have followed.

This year’s edition is coming off the heels of a highly successful 2018 promotion. Coming off that success, promoter Larry Boos feels no need to change a proven product. As such, all event pricing will remain the same and the event format will mirror previous years, with some minor modifications to enhance the excitement and increase the fan/competitor involvement. 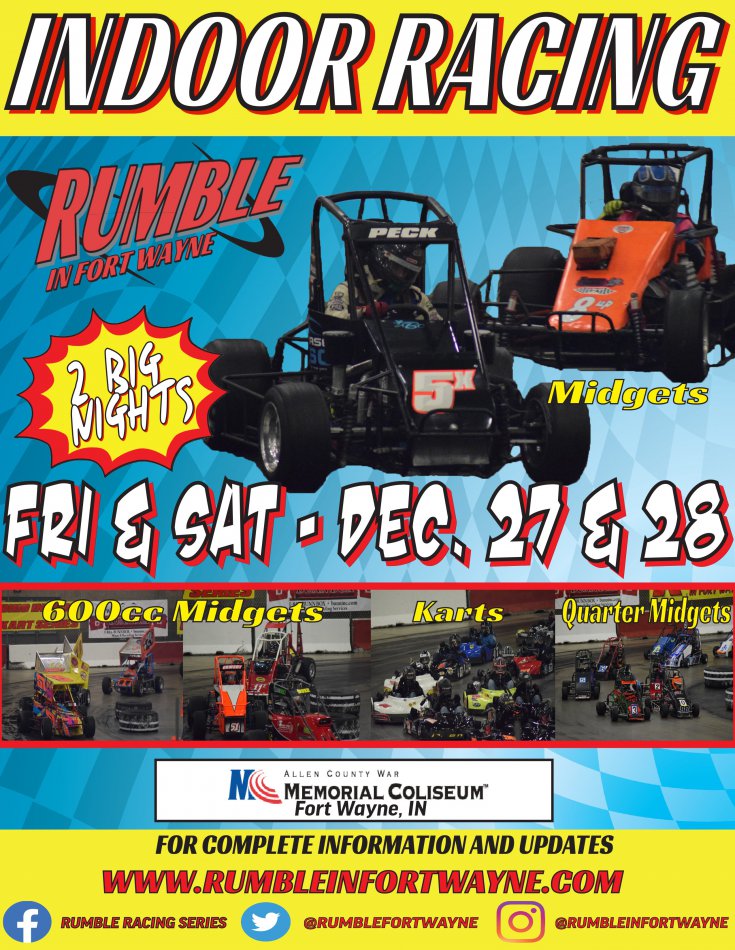