We are consistently having issues with the front edge of our nose dragging. It has now rubbed enough that the bottom half is separated from from rest of nose in some places. We did make several adjustments by picking the front of the nose up and re-drilling holes. The bottom of the nose is bolted on using the front three bolt brackets in the front of the small pan in front. Looking at the front bumper though there is 3 upright brackets that looks like something bolts on there.

Are we missing some type of bracket, etc that the nose is supposed to bolt to in order to prevent the very front the the nose from tipping down and dragging?

I do not have either of these. I am assuming I buy these from Umax but what am I looking for on their website. I can't find anything like that so far.

Thanks for your help

They may not have ready made .
We used strips of aluminum size varied by what was on hand . Typically 1/2 to 1 inch wide , 1/8 th inch thick with length to suit the needed use .
Airtight Garage Est 1982
Waller Racing
Phantom Chassis
Dover Power
Paid 4 cycle subscriber
R

OK. Thanks. Could you send me some pics in a PM?

No pics . Pull the nose up , add a brace where it will hold it in position . Typically off the bumper mount near the pedals too the body .
One per side.
Airtight Garage Est 1982
Waller Racing
Phantom Chassis
Dover Power
Paid 4 cycle subscriber
S

They have mild steel strips at most hardware stores 1"x 1/8" is good. If using aluminum I'd go to 1"x 1/4" you'll also need two 3/4" body clamps if there are no attach points on the bumper in the front. Set your kart on a flat surface and shim the nose up a tiny bit higher than where you want it with wooden blocks then bend the struts to the nose contour and drill from the inside. I like 1/4-28 button head bolts on the outside.
Last edited: Jun 22, 2019

this is as close as I can get ya.
Near the left leg .

similar issue to this before and the strips fixed it
Last edited: Jun 22, 2019 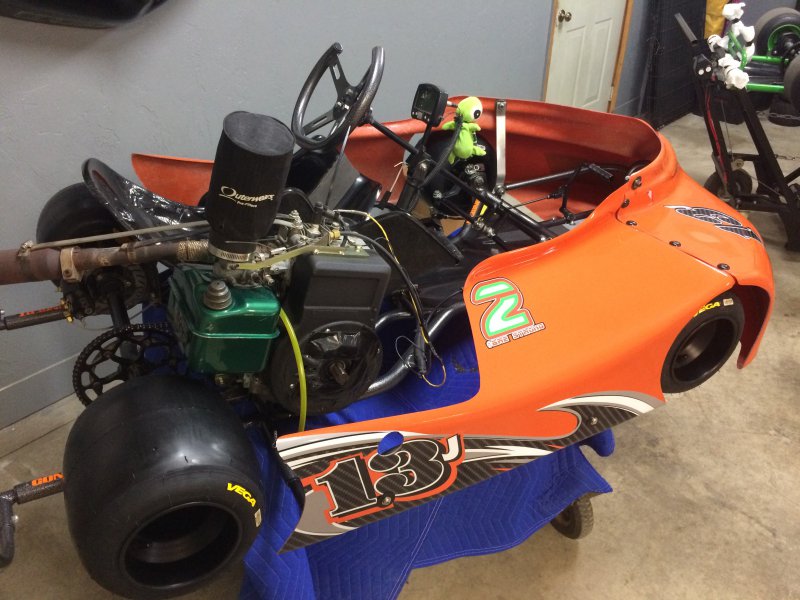 Thanks guys. I picked up some strips yesterday to install.

Just curious is this issue due to the design of this nose or maybe a defect or did I just install it wrong from the start. I have not seen many karts where we race with these type of support. It is a nose from Umax so I assumed it would not be an issue.

Could be any or all of them .
Mounting it correctly the first time helps , they should not take a set but seem too.
the front bumper /porch could be angled down , how side panels fit affects it also.
Airtight Garage Est 1982
Waller Racing
Phantom Chassis
Dover Power
Paid 4 cycle subscriber
R

I think I finally found out why. Watching a Youtube video on the Rival there is supposed to be a nose support bar mounted to the front of the bumper. We bought our Rival used in mint condition but it did not have this bar. We will install the strips anyway but when we get a new nose we will get the support bar.

Seay HiPerformance offers 1/8" offset spindles for the Rival exclusive through us. They are $125.00 per set. These were designed primarily for karts that are running extreme weights with low air pressure on soft tracks, and or high horsepower applications running nose wings that increase front downforce. Give us a call if this might fit your application. 864-316-4122

At what point do you decide to run a jade green gas tank because, that looks AWESOME! 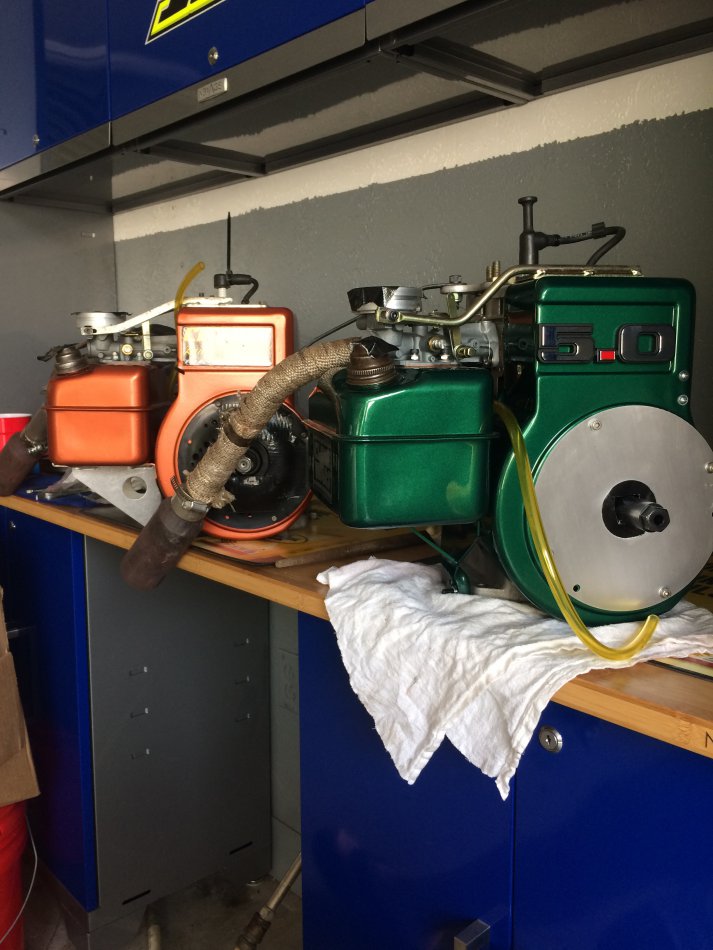 We finally fixed this with the support strips. After this nose is toast we will get a new nose and the support bar from Umax.